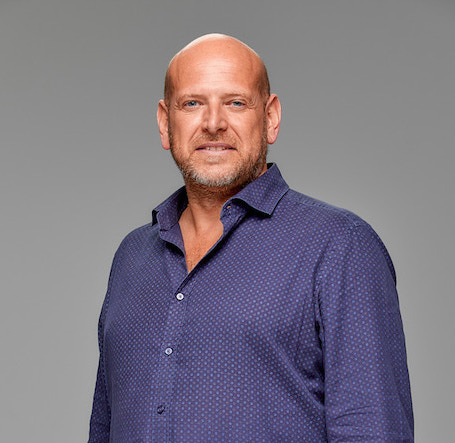 André Jacques has a degree in Business Management with a post-graduate qualification in Marketing and Masters in Management from IE, Spain and Brown University, USA, one of the eight IVY League.

Previously, André Jacques began his career at the Super Bock Group in 2001 and is currently Chief Marketing Officer of Wise Pirates, one of the top 10 digital companies in Europe and the Iberian Peninsula. He is also a Senior Consulting Partner at Garrison Marketing Group, an American Brand Strategy consultancy, a partner at Foxtrail in Portugal and founder of the WIT Academy, the most recent digital business school.

With a broad background, his experience and willingness to learn have made him grow both personally and professionally.

1. How did you become interested in the business/marketing area?

My area of education is Business Management, to which I added a post-graduation in Marketing, which I completed the year after graduating. The option for management and Marketing is due to the example of my father, who was an executive, although in the area of Engineering, more specifically in Production. He had a period in his career when he was in Marketing, having studied in Denmark and Sweden during the 80s. Since my childhood I have followed my father's career with admiration, and that's why I followed his footsteps, although in a different area. 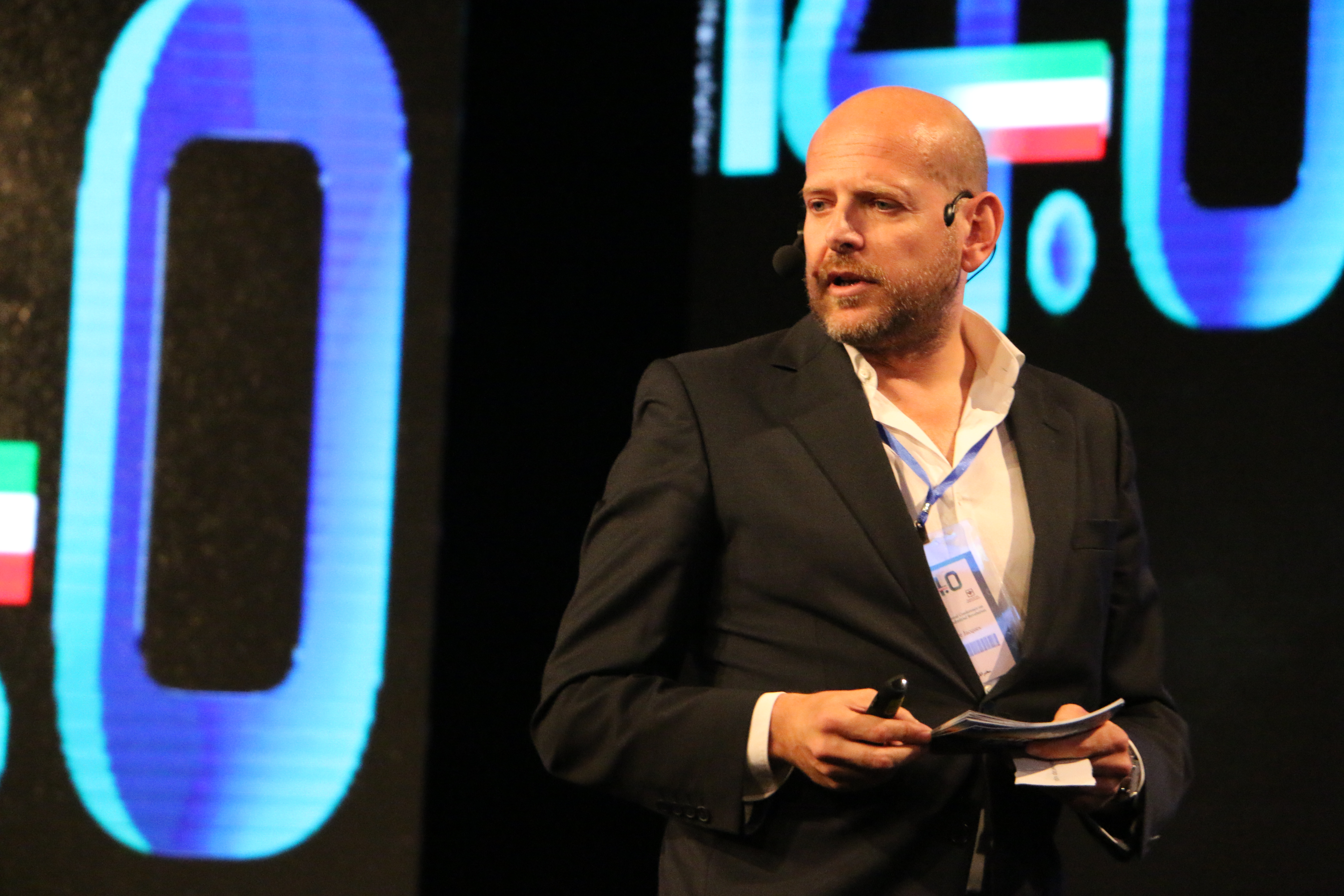 2. With your vast experience, can you tell us a little about your background?

I started working as a student. Like many others, I also waited tables at summer terraces, or did small jobs for market research companies in order to earn some extra money for holidays and the like. During my degree I worked in real estate and for a short time at Espírito Santo Financial Consulting. It was a phase in which I made some money and started travelling, which is one of my greatest passions.

I knew that this phase was only of initiation or growth, because I consider that my career truly began after that. 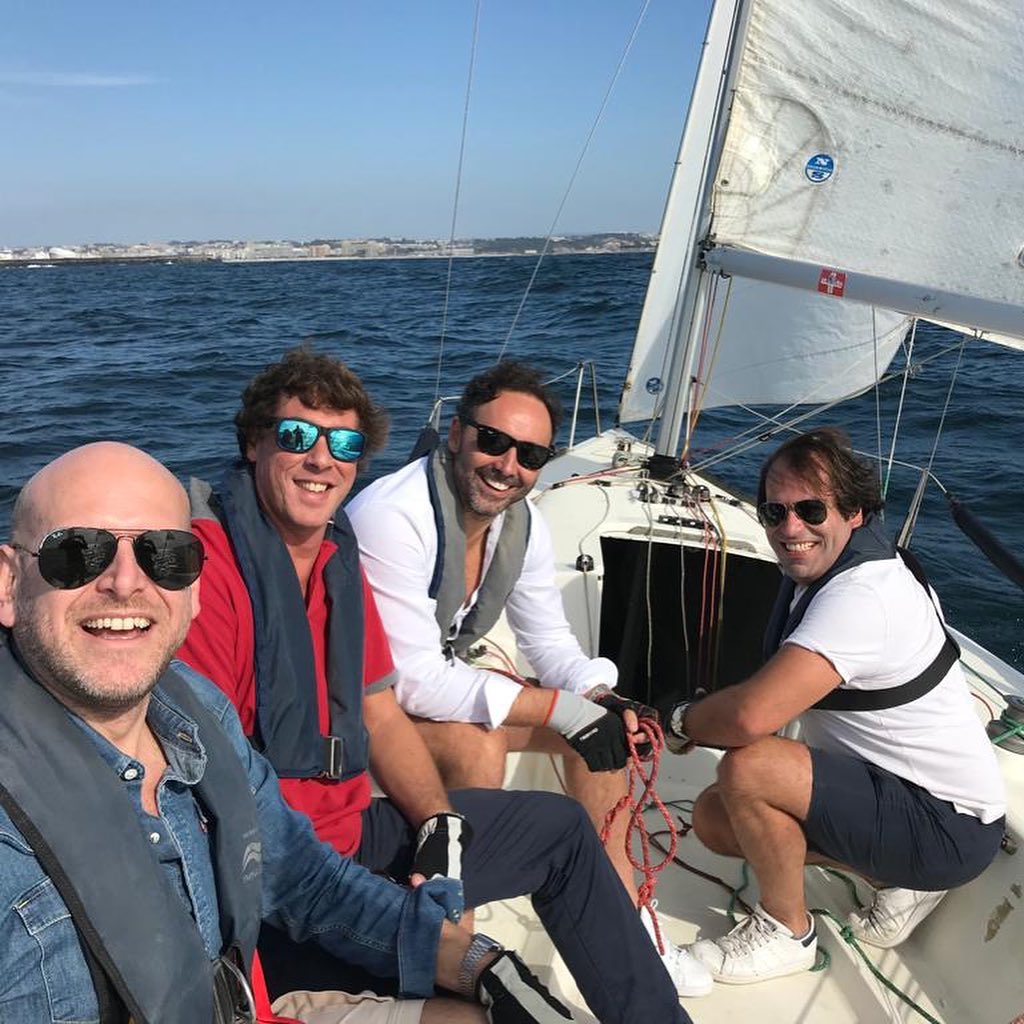 3. You started your career at Super Bock Group in 2001 and more recently at MTEX NS. How did these opportunities come about?

In the old Unicer, now Super Bock Group, was where, in fact, my career began. I heard about an internship opportunity under a 'Talent Nursery' programme that aimed to recruit the leaders of the future. It turned out that a couple of hundred people applied and four were chosen. I was lucky enough to be one of those people, largely, I think, because of the maturity I was already demonstrating.

I started the internship programme in Marketing, because Dr. João Sampaio, the CMO at the time, heard that I was doing a post-graduation in Marketing, and so he "pulled" me into his structure. 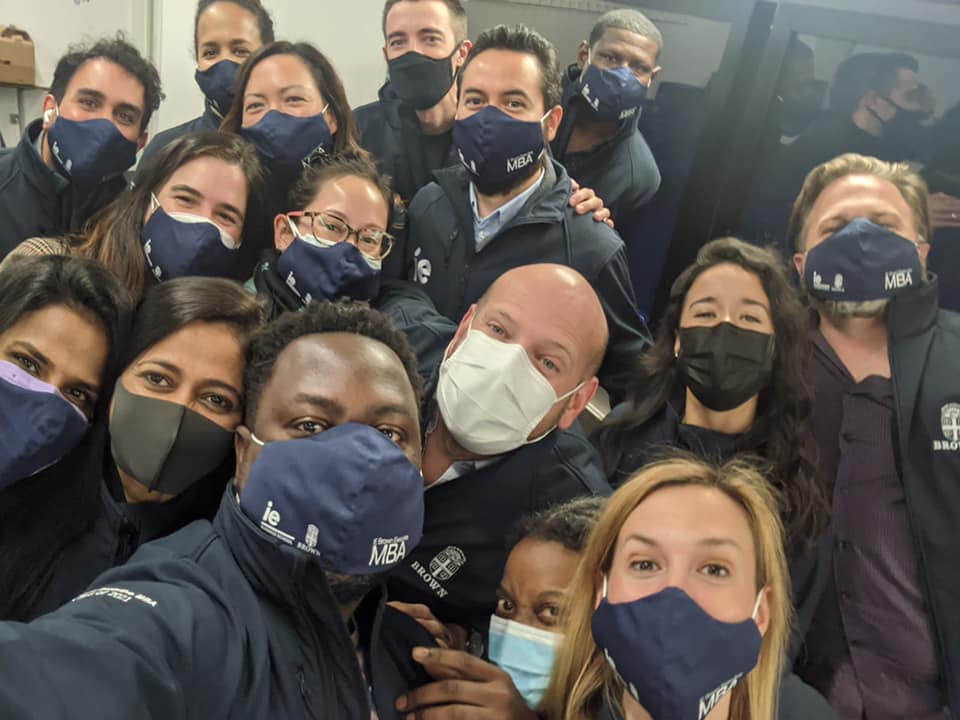 Then I spent seven years in various functions in Operational Marketing, at the time a combination of Events and Sponsorship with Trade Marketing, and other brand management functions in the main product categories of the company.

In 2008 I was invited to assume the direction of water and soft drinks marketing, when I led the repositioning of Água das Pedras that led to the current image, branding and packaging.

I also contributed to the launch of the Vidago brand - water and hotel. Being a Carlsberg group company, the opportunity opened up to take on management functions in a group company in Europe and so I emigrated in 2011 to Belgrade, where I performed CMO functions in a company of relevant size that operated in several countries in southeastern Europe.

These were the best 3 years of my life so far, full of results and a fulfilled life!

For family reasons, I returned to Super Bock Group in 2014, the year my fourth and last child was born, at the invitation of the then CMO, Rui Freire and the CEO at the time, João Abecasis.

In 2016, there was a big change. After 15 years at SBG, I accepted the invitation for the Administration of Porto Business School, the business school of the University of Porto, after an Executive Search process from Egon Zehnder. It was almost two amazing years, from which resulted the new identity of the school, the new website and more digital business model, the motto "make change happen" that encapsulates a new culture, but also with many other changes, not only in hardware (physical spaces), but also software (attitudes, motivations and behaviours).

After this challenging period, I accepted an invitation to become Global CMO of a Chinese company that manufactures 3D printing machines, Raise 3D.

The CEO, also Portuguese, convinced me to move to Shanghai, and although the experience was incredible on many levels, there was one aspect that didn't fit - the family, thus its short duration, almost 6 months in total.

When I returned to Portugal, I didn't have a specific project, but after a week I was once again contacted by a HR company, Thomas Portugal, who introduced me to MTEX NS. After a short period of about a month I took over the commercial area in its entirety: sales and marketing.

It was two years of great growth, in an industry totally new to me and in a company of enormous potential. However, the materialisation of that potential was, as far as I was concerned, far behind due to management problems, which led me to take a gap year and reinforce my commitment to lifelong learning by enrolling in one of the best Executive MBAs currently available, the IE Brown MBA, a joint initiative between IE, Spain and Brown University, USA.

I started on the 1st of March 2020 and soon after came the pandemic. During that period I was forced by adverse circumstances to focus on family, but it was also when many of the current opportunities materialised.

4. At the moment you are working at Wise Pirates as Chief Marketing Officer. Being Wise Pirates considered one of the top 10 digital companies in Europe and the Iberian Peninsula, which projects are you currently developing and what are the main challenges of your day-to-day?

Wise Pirates is an incredible project from its founders, Pedro Barbosa and Daniela Cunha. Five years ago they were a brave few in a garage and today we are more than 100 people with the recognition of Martech Outlook having identified us as one of the TOP10 Digital Marketing Agencies in Europe.

We are developing several client projects, but internally, what gives me the most joy is the WIT Academy spinoff, which is in soft launch during its first year of life, but which will occupy a relevant space in certified digital training, contributing in a determinant way to the evolution of the digital ecosystem.

Two other development areas that challenge us are digital maturity and NFTs. In the former, we believe we have the right skills to help companies and brands on their maturity journey. In the second, a new world is opening up and we are well placed to bridge the gap for companies wishing to travel into the metaverse.

5. In a market as competitive as Digital Marketing, how does Wise Pirates stand out from the main competitors?

We distinguish ourselves by being a large team with core competencies in performance marketing, as we have excellent professionals in this area. But also because of a culture of permanent curiosity, learning and search for new solutions. There is a particular aspect of our business model which is the sharing of results with the client. The assumption is rooted in the "pirate" culture in which the spoils are shared. In other words, those who work with us have access to a specialised, high-level service at relatively low entry costs. But, with the predisposition to share results. That is, on a transparent, results-based and win-win basis. 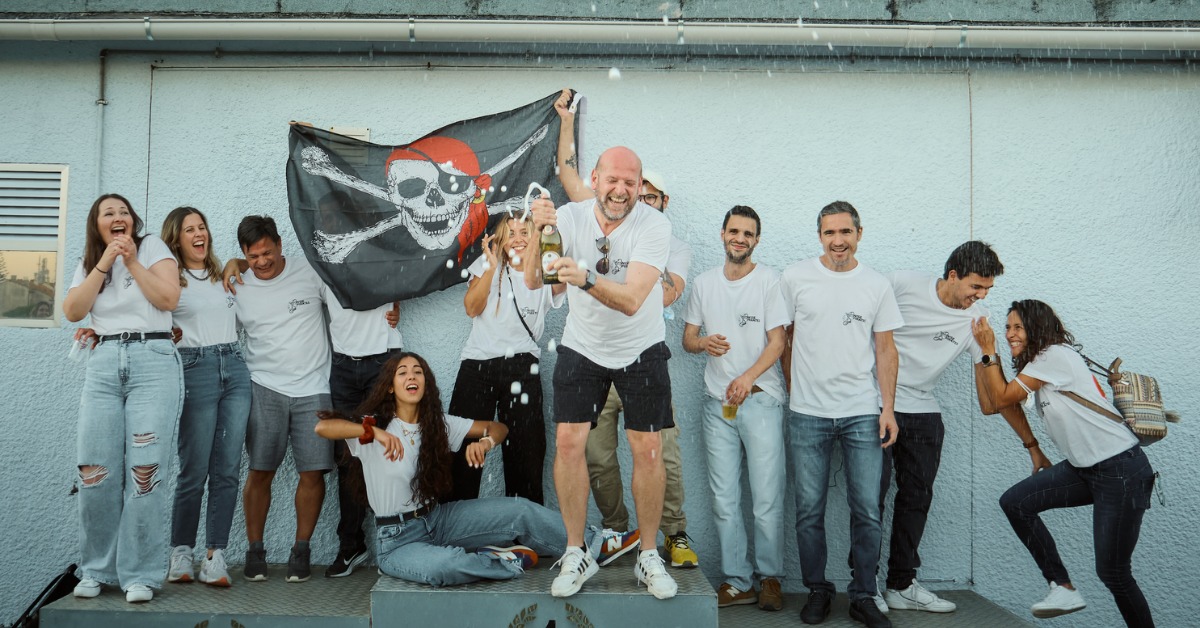 6. You recently studied at IE Business School, what were your reasons for joining this course?

I recently studied at IE in Spain, but also at Brown University in the USA, in the same programme. My experience in executive education has helped me to better identify what is really worthwhile. In this case, IE is characterised as a new school, with a challenging mentality, taking risks, but which is establishing itself as one of the best in the world - which it already is.

You can't grow from literally nothing to one of the biggest in the world in 20 years without a great vision, boldness and entrepreneurial mentality. I could see that they are just like that and in the specific programme, I was with course colleagues as or more senior than me, in a learning experience that challenged us to think business, but also history, anthropology and sustainability.

It is at the intersection of entrepreneurship and business, with humanism and nature, in a more inclusive world, that we will develop more and more in the future. It is a unique programme in the world, which has made us all grow, regardless of our background. I would do it all again, over and over again.

7. Of your entire career, what has made you grow most both personally and professionally?

There were three things that made me grow up in a more accelerated way:

8. What plans do you have in mind for your future?

The WIT Academy because it is an essential foundation for the development of skills of individuals and organizations, both at the beginning of our careers and, above all, at a stage when we must reinvent ourselves, without fear, to embrace a new career and/or business challenge. 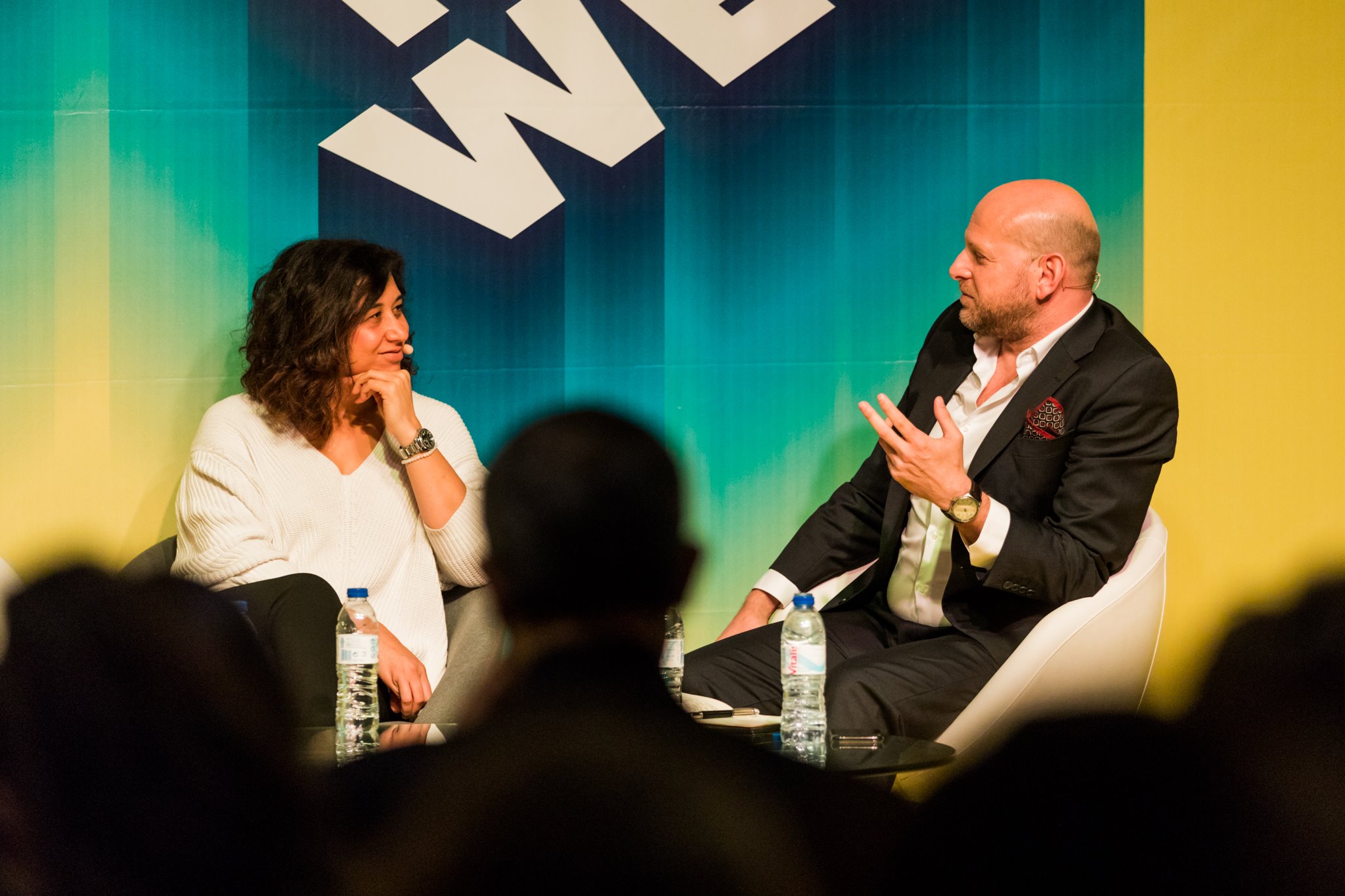 Finally, in another project, FOXTRAIL, something I cherish, as it is an entertainment project, which I will launch before the summer, aimed at local and foreign visitors, which, in a super fun, challenging and surprising way, shows the cities and the countryside with a very powerful message: the defence of tangible and intangible heritage is everyone's responsibility.

9. Since PARTTEAM & OEMKIOSKS is a leading developer of multimedia kiosks and digital mupis for the international market, what is your opinion about our products and marketing strategy?

PARTTEAM & OEMKIOSKS is a company I have been following for some time. I have been a supplier and hope one day to be a customer. It is a very entrepreneurial company, which is also making an impressive path of growth and internationalisation.

The best advice I can give: that each person in the organisation feels a little like them and that they fight as hard as their leader, who is charismatic, but needs others with the same energy and extroversion to show their face for the company. There are various mechanisms that can motivate this to happen even more, whether through stimulating communication and people management, or through compensation, even if not directly related to direct retribution.

I don't know what exists and if it exists in the company, but I speak from what I see in other current examples of entrepreneurship.

On the other hand, another piece of advice is the ever-increasing investment in training and in the development of talent, the organisation's greatest capital, especially in terms of innovation and product development, but also in business development, marketing and channels.