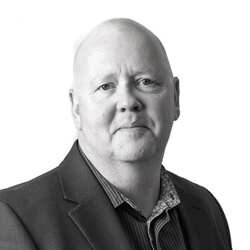 It was 1992 when Neil Longuet-Higgins, administrator of a video wall company, Proquip Gearhouse, created the term "Digital Signage".

Published author and audiophile – in addition to being a rock photographer in the 1970s, a cameraman and a television presenter in the 1980s – Neil Longuet-Higgins is currently the director of the LED Media Group in the UK.

Passionate about technologies, Neil Longuet-Higgins is the guest of the Connecting Stories series from PARTTEAM & OEMKIOSKS, who will tell us about his path and about the emergence and development of the concept of "Digital Signage".

1. Can you tell us a little about your journey and your professional experience? How has emerged your interest in the technology industry?

I first started out as a professional photographer, mainly shooting bands and pop concerts, etc. Then one day someone asked me if I knew anyone that made pop videos and I moved over into TV and Film camerawork. Within a few years, I had worked for the BBC and other main channels, and even had some time presenting a pop TV show in London. By the early 90s, I started to introduce the use of videowalls, both CRT and projection cubes into the TV & film industry. In those early days, I worked on hundreds of TV shows and even a couple of James Bond movies.

With an interest in larger screens, I headed up sales at a UK screen company and was responsible for about 70% of the UK’s LED billboards. Now I look at new and existing technology sales for the UK’s largest LED screen designer and manufacturer, The LED Studio. With the launch of Disney’s The Mandalorian, we are rapidly developing screen technology for the studio environment as well as direct view digital cinema. 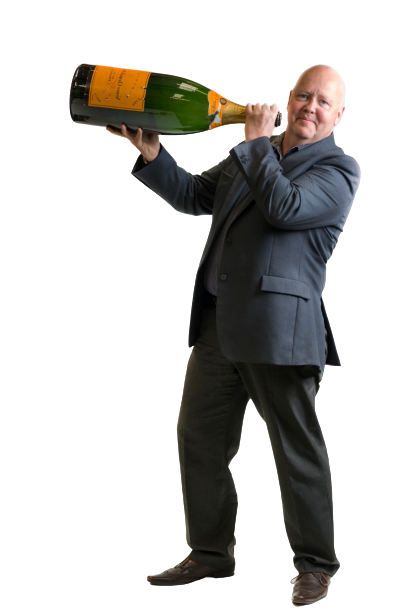 2. While you were working at Proquip Gearhouse, you created the concept of “Digital Signage”. How did this term come along?

In the 90s, I put the very first network of advertising screens in about 30 large shopping centres, using Barco monitor videowalls and laserdisc players. This is considered mainstream now, but back then it was ground-breaking. The use of screens for the advertising industry was in its infancy and there was no real name for it. One day a security guard at a shopping centre called in to say that there was a problem with a screen.

He didn’t know the term videowall so said that a ‘digital sign’ wasn’t working. I thought that Digital Signage suited the product well and we always then referred to it as that. The rest is history.

With all the information being directed at the public, one thing has not changed: content is still king.

3. What is the importance of digital signage today and how can companies benefit from it?

Digital Signage is becoming increasingly important. In today’s climate, both direct and subliminal messaging is targeting the consumer in ever more areas. But with all the information being directed at the public, one thing has not changed: content is still king. The companies that benefit most are those with vision and the best creative teams. Clearly the screen that the content is delivered via, has to be working and of good quality, but what a member of the public remembers is the message, rather than the screen details. As an industry, we should be proud of the kiosks, totems and screens we provide, but always remember that what counts is what is shown on them. 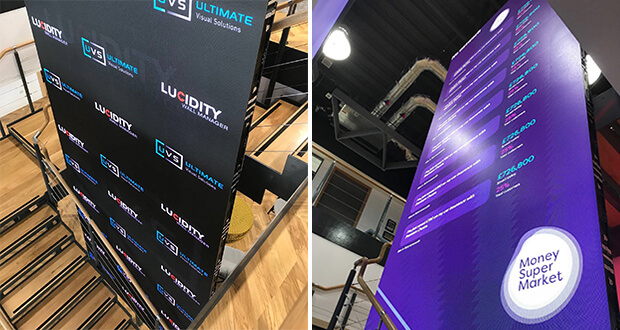 It is up to our industry to drive engagement with our clients and ensure we offer excellence in service from content to completion, either internally, or via partnerships with other industry specialists.

4. How has the Digital Signage industry evolved over the years? Is it important for the future?

From the very first neon sign in the 1920s, signage has progressed at an incredible rate: speeding up to a sprint in the last decade. With even more companies adding Digital Signage expertise to their portfolio of activities (be it software or hardware), it can only grow. From a narrow focus in the early days to the many specialist innovations still in the making, the industry has diversified into a broad spectrum of technology and services.

As an LED specialist, the thing that excites me most is seeing how one challenge can influence another. For example, an enquiry for a small screen, for use in Africa (powered by a solar battery), has not only led us into the development of a solar powered bus stop LED six sheet screen, but has also brought about a greener focus to power consumption in general. Who knows what the future will bring?

5. What are the advantages of Digital Signage?

A digital image in its most basic form can inform or entertain. With true digital signage, you can control many parameters of the image: its content or the environment around it. These days, sophisticated metrics are used to leverage live data to present to the viewer: the ability for that person to interact directly or virtually has brought the capacity for information delivery remote from the screen itself. 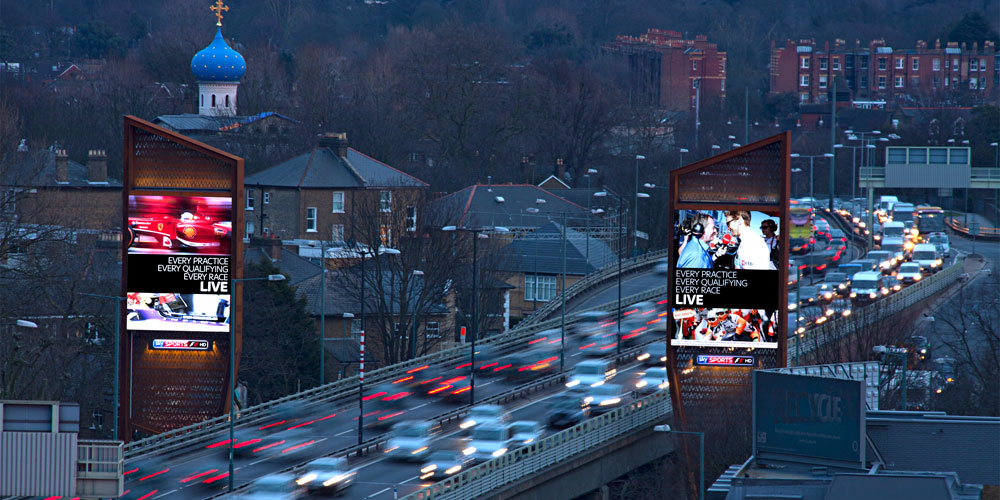 Smartphones using QR codes or bluetooth to pass data back and forth is the norm today so, as this technology becomes more widely used, our own devices have started to become personalized Digital Signage. I may have been present at the beginning of this industry, but I don’t believe I will be around for the end.

6. What are the main challenges of this industry?

One of the main challenges has been the number of smaller AV companies designating themselves as Digital Signage experts. As this kind of signage has become the norm, there has been a flood of sub-standard screens, especially in the LED sector. Not so long ago, there were only half a dozen or so screen manufacturers in China, but now there are thousands and quality has dropped in many factories. 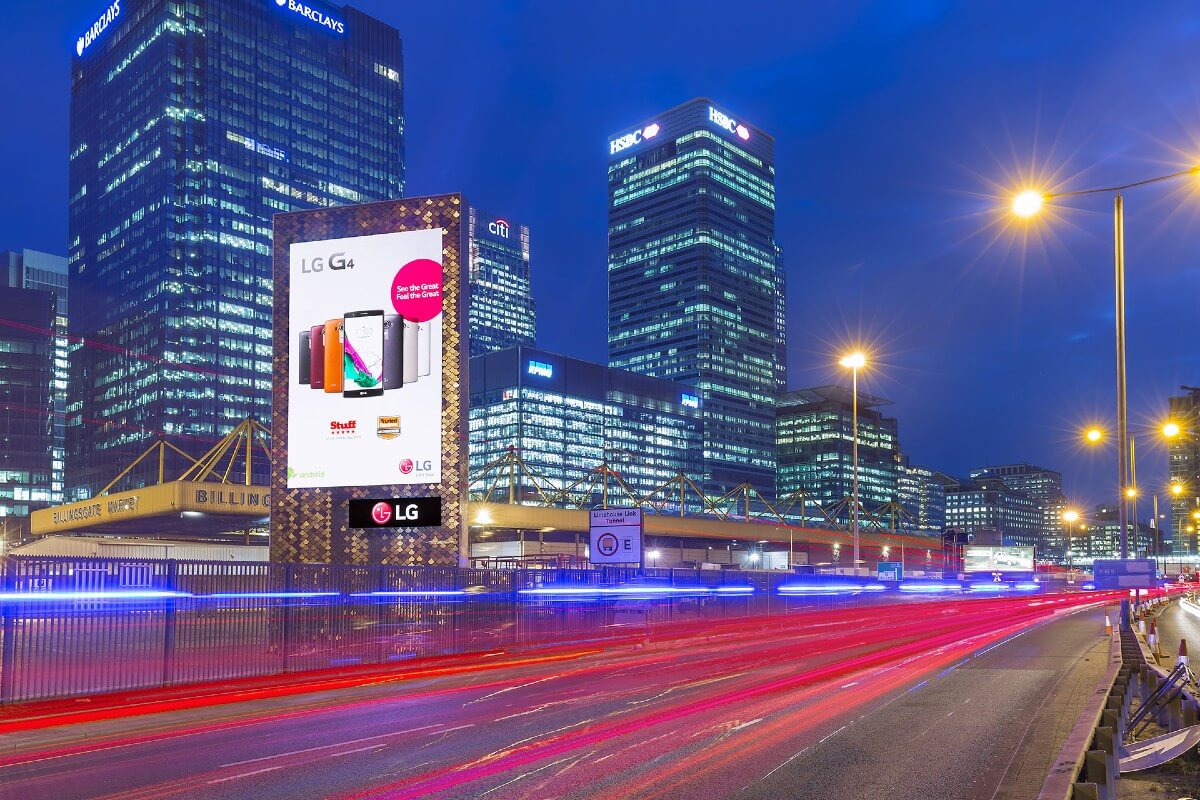 I see many LCD and LED screens not fit for purpose: some of that have a very short lifespan and some that even have to be removed as they fall foul of local council or government regulations. There are millions of paper signs and billboards in the world and my dream is for one day they all be superseded by digital: I just hope the industry polices itself and they are all of acceptable quality.

PARTTEAM & OEMKIOSKS is unique in what they do, not just build kiosks and totems. They are passionate about all of their products and constantly strive to be at the top of their game.

PARTTEAM & OEMKIOSKS is unique in what they do, not just build kiosks and totems. They are passionate about all of their products and constantly strive to be at the top of their game. I have found it is always better to offer my clients a quality product from PARTTEAM & OEMKIOSKS than a cheap alternative. It is refreshing to see a company with a similar philosophy to The LED Studio – that looks to the future and is already developing the technology to deliver it.