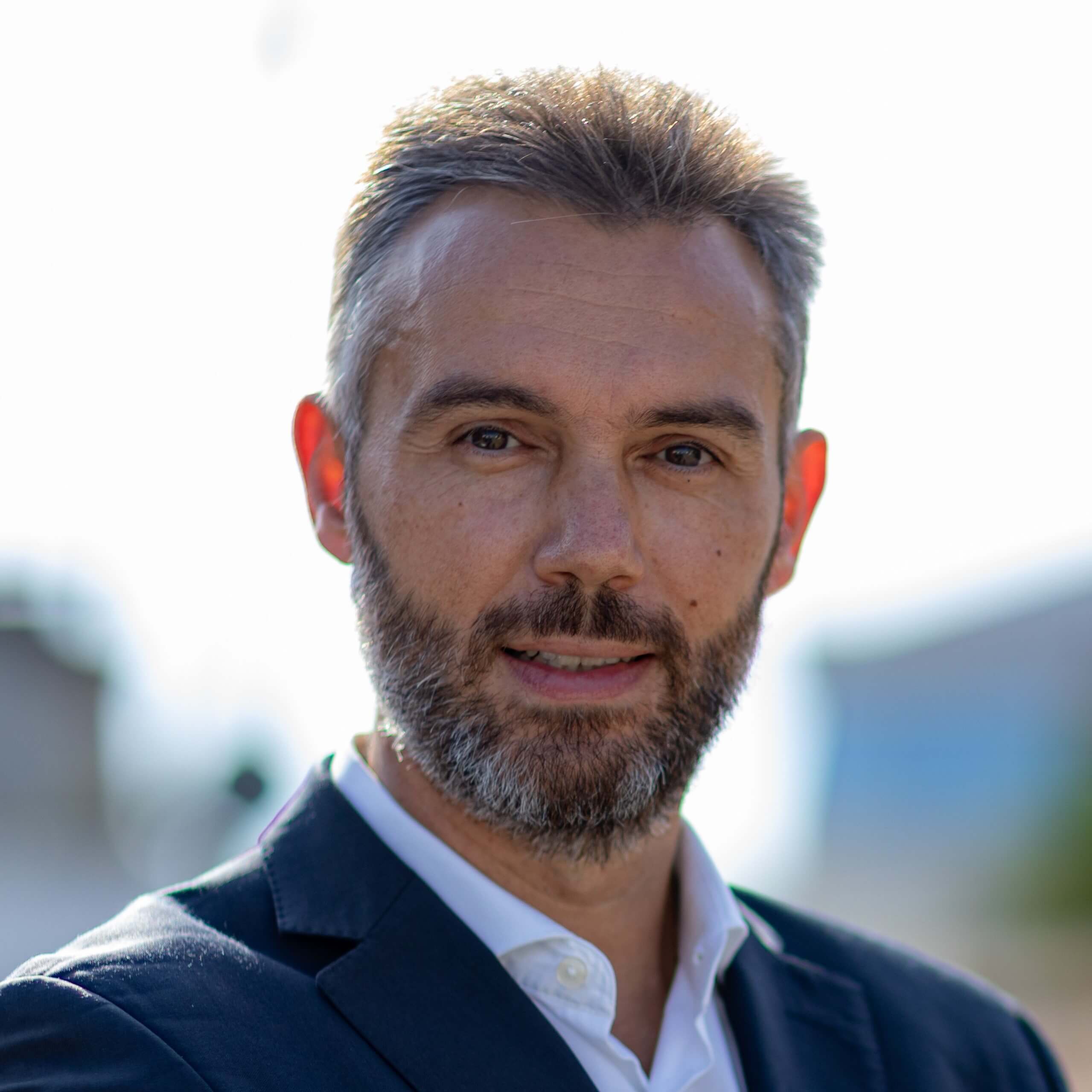 Startups enthusiast and technology passionate, Ricardo Martins is currently business development manager (Smart Cities) at Signify, is part of the executive board of Harvard Business Review and is an SME instrument expert of the European Innovation Council Horizon 2020.

1. With a vast curriculum, you are currently a business development manager (Smart Cities) at Signify. Can you tell us a bit about this position and about your journey and professional experience?

I started almost 20 years ago in the world of IT (Information Technologies). I've passed through several international companies in the areas of consulting and software, where I had the opportunity to grow as a professional and to work in dozens of clients in very diverse areas: banking, telecommunications, government, etc. It was a very interesting period of my life because I ended up meeting many different people, companies and international realities.

In 2008, I chose to take a full-time MBA at Porto Business School, where I embarked on my entrepreneurial career and became an advisor to some startups. 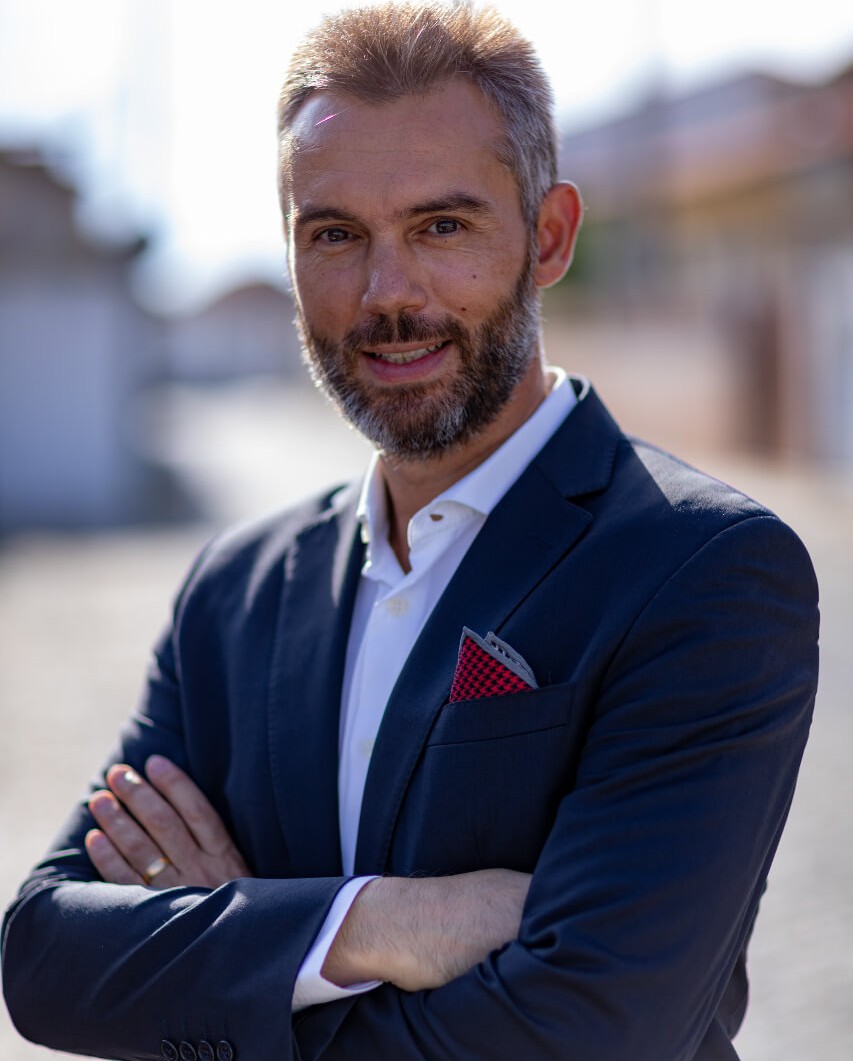 In 2010, I was invited to co-lead a project at BES to identify and support innovative startups and companies. I ended up at Philips in 2012, still as a consultant, by invitation of a person who was at the head office in Holland, which at the time was leading some strategic projects related to the Smart Cities area. The relationship was so good that I was invited to join the Iberian team to help define the Smart Cities strategy for this market.

2. How has Signify contributed to the development of Smart Cities?

Signify, which is the former Philips Lighting, has played a key role in the development of several innovations over the years, being several times considered one of the most innovative companies in the world and, in the case of Smart Cities, could not be different. 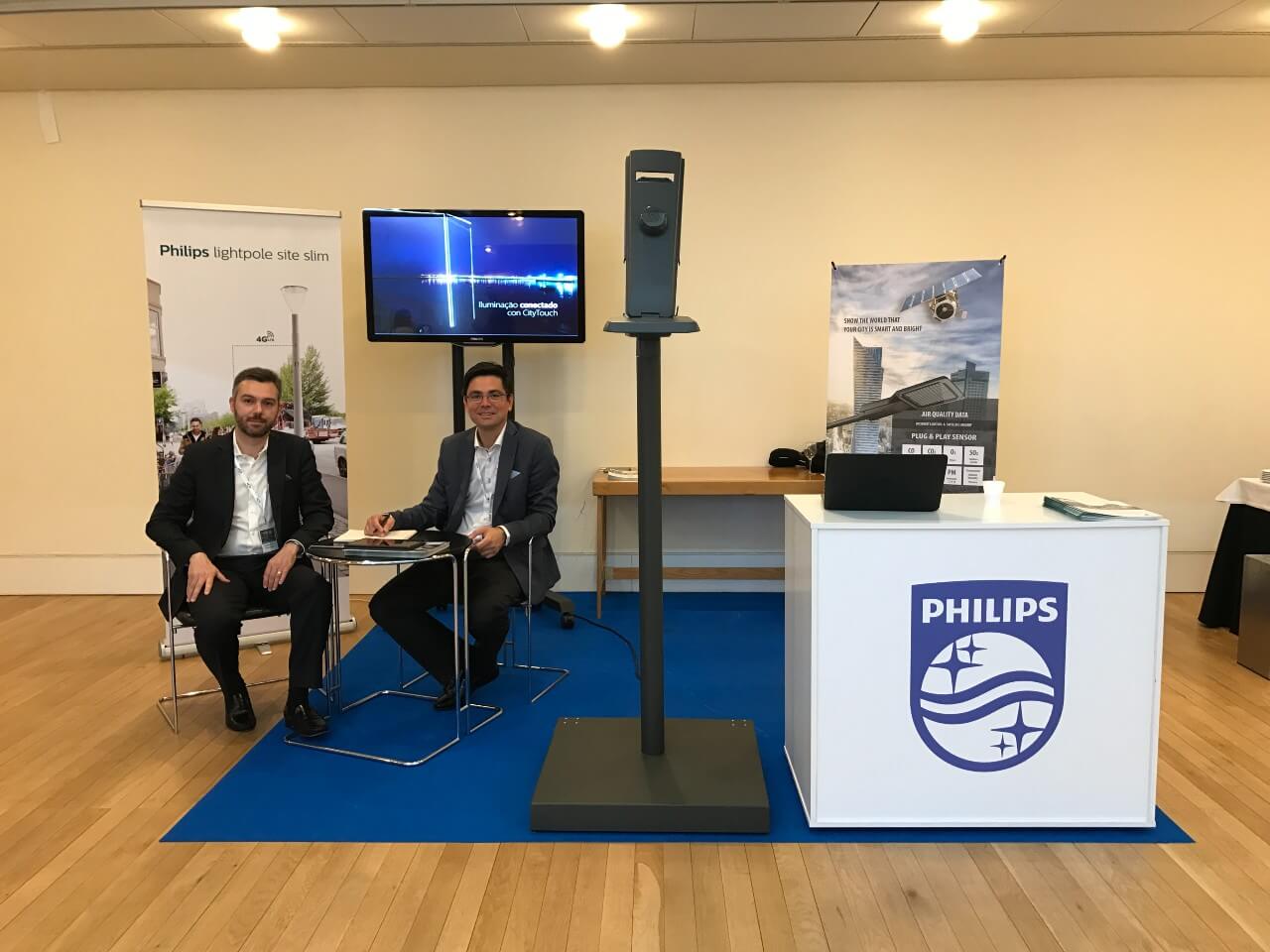 We see light as a means of communication and consider that public lighting, since it is already scattered and electrified, can serve as a “back-bone” for the future communication and “sensing” infrastructure of the Smart Cities.

3. You are also part of the executive board of Harvard Business Review and are an expert on SME instruments of the European Innovation Council Horizon 2020. How do you reconcile all these functions? Is there a secret formula?

There are no secret formulas... just work and a good definition of priorities. In the case of my relationship with Harvard Business Review and the Horizon 2020 program, participation in both projects is voluntary and allows me to make an allocation of my time according to my availability.

However, I do this with some joy. I find this an interesting way to keep my mind open to the world.

Technology will play a key role in the development of the Smart Cities.

4. Since you consider yourself passionate about technology, how does it contribute to the development of Smart Cities?

Technology will play a key role in the development of the Smart Cities, although I believe that today it should not yet occupy the center stage. This is because today's cities have to be concerned with the challenges of urbanism, the organization of services and environmental challenges. Issues like energy efficiency have been on the agenda, not least because of the goals set in the Paris Agreement. However, what we see today, from a technological point of view, are still small pilots.

In other regions of the world we have already begun to see cities with plenty of technology, and even cities created from scratch, as is the case of Neom, in Saudi Arabia. Although my first project was the creation of a Smart City from scratch in Portugal, I am sure that these technologies will still take some time to mature until they are massively implemented in european cities. However, I also predict that technologies like 5G, IA and Quantum Computing will accelerate this whole process in the coming years.

5. How can the population benefit from the development of Smart Cities?

In the first instance, the population will benefit from the reorganization and digitalization of services. In Portugal, we can see that, in recent years, the Government has implemented a set of policies to modernize and digitalize the Public Administration in general. There are a number of processes, such as the delivery of the IRS, which have become much more simplified for the citizen.

In a second instance, like the advent of IoT (Internet of Things), I think we will see a democratization of "sensorization" and analysis of information in real time, which will greatly improve the services of cities such as parking, bus stops, waste collection and intelligence in services such as Water, Gas, Electricity, Communications. In recent months, due to the effect of coronavirus, we have also been witnessing a sharp digitalization of the citizen and, currently, it is already normal to access a number of services by videoconference, such as medical and school services.

The Smart City must be citizen-centered.

6. In your opinion, what are the main characteristics of a Smart City?

The most important thing is that the smart city must be citizen-centered and not technology-centered. There is a tendency to apply technology first and then look for the problems it can solve, but the process has to be the other way around. To have the citizen at the center, we have to bring him into the discussion.

Another important aspect of Smart Cities is information. It appears that in a Smart City we will have access to more and better information in order to make decisions about the construction and use of the city in a more conscious way.

7. What challenges can we find in the development of a Smart City?

I see at least three challenges. The first is the existing urbanism. Most cities in Europe are hundreds of years old and this does not allow us to redesign the services of the cities from scratch, so it is a challenge because we have to adapt to the morphology that already exists. 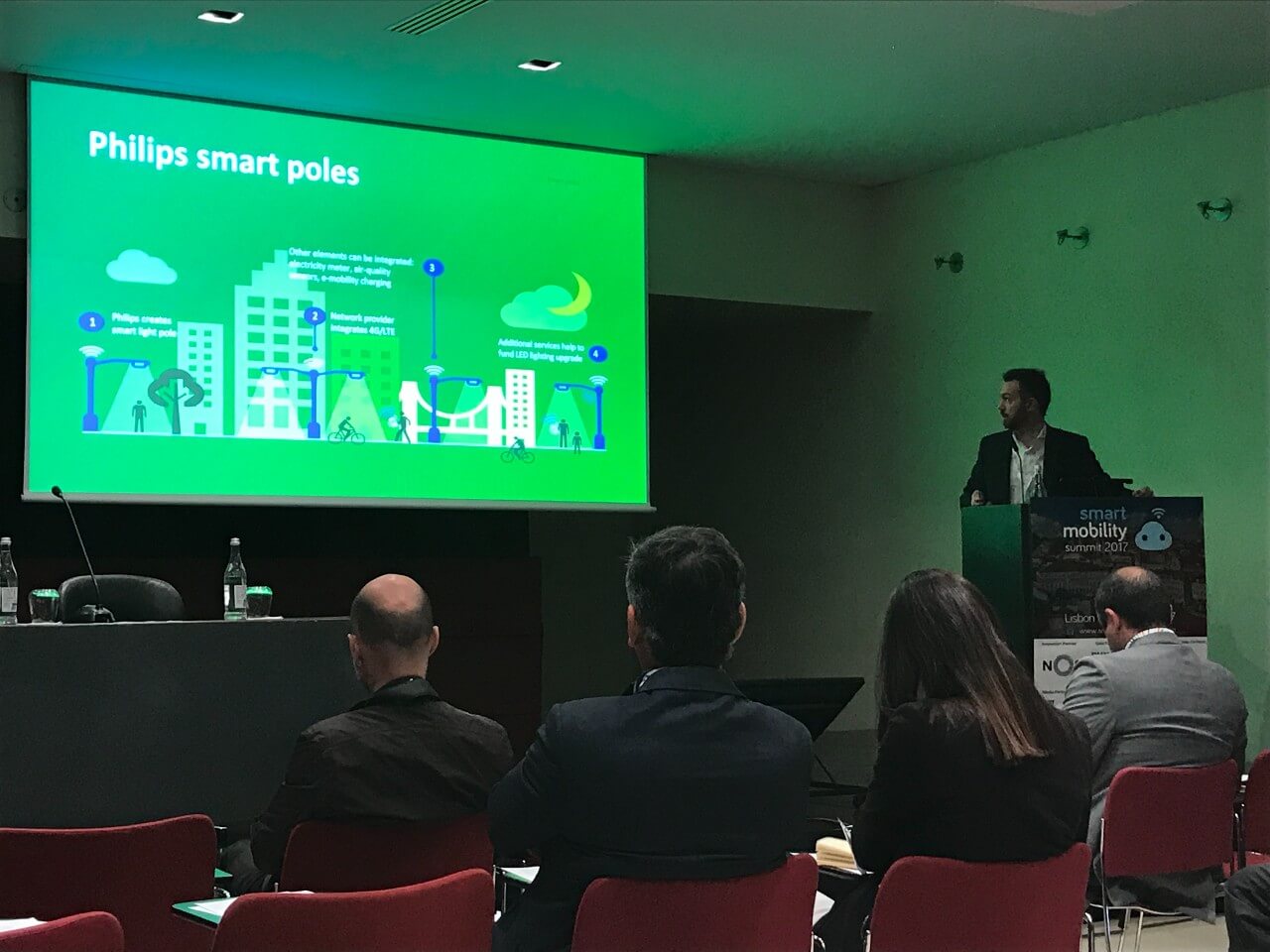 Finally, I see the challenge of creating value and here I really speak in euros. The technologies must be implemented based on business models that should sometimes help the cities to save resources, as is our case when we implement a LED solution, sometimes they should generate profits to allow them to pay the investment made in the short to medium term. And these models are not always easy to find.

8. What will the cities of the future look like?

This is a million dollar question. I really don't know. The answer I would give a few months ago (pre-coronavirus) would probably be different than today. I say this because for years we said there would be a movement of people to the metropolises that would cause pressure on services and the urban environment. However, with the pandemic, everything began to change and today we see people working remotely and acquiring properties in rural areas with lower population density. 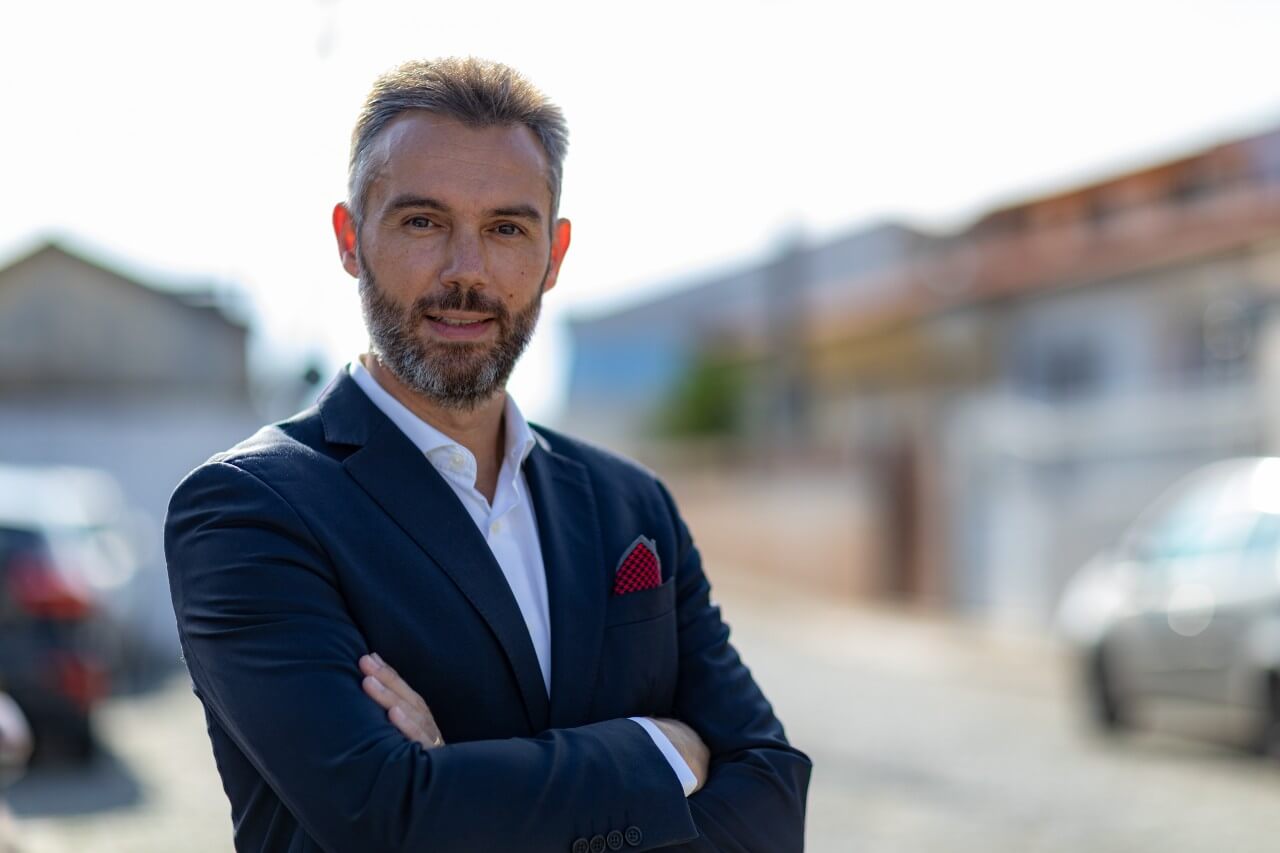 However, if I may dream a little, I see a city with adaptive intelligent lighting, with integrated sensors that will make our daily life easier. On the other hand, I see cities more dedicated to people, with more green spaces and fewer vehicles. I believe that autonomous vehicles are here to stay and I predict that our youngest children will not have a driver's license, as they will possibly move only in shared and automated vehicles. I also think we will start to watch the autonomous delivery of products and orders, through ground robots and air drones.

Finally, I think that in the next years we will be able to see, in some cities, the concept of air cab which is already being explored by Uber (Uber Elevate) and other companies in the market.

Digital billboards will play a fundamental role in information and interaction with the citizen.

I think that digital billboards will play a fundamental role in information and interaction with the citizen. As I commented before, one of the fundamental vectors of a Smart City is information and, in this chapter, I think that digital billboards are an interesting element for the dissemination of information, in a dynamic way and in real time with the citizen, since cities are always changing.

Another interesting use that I see for digital billboards is the help in parking and in the creation of dynamic roads in the cities. I believe that, in the future, we will be able to have cities whose circulation routes can alternate dynamically throughout the day, or on days of special events. In this sense, digital billboards can work as a solution to support signage.