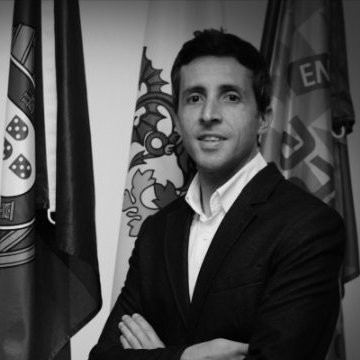 Rui Rebelo is currently Digital Transformation Project Manager at the Agency for Development and Cohesion (AD&C), a public institute with jurisdiction over the entire national territory, whose mission is to coordinate the regional development policy and ensure the general coordination of the European Structural and Investment Funds (ESIF).

Previously, he was in charge of the Information Systems Division in the Social Welfare Services of the University of Minho.

Previously, he was in charge of the Information Systems Division in the Social Welfare Services of the University of Minho.

1. You have an extensive professional background. Can you tell us a little about your journey and your professional experience?

My professional career started in 2001, in the company SQÉDIO, where I worked as a webmaster, even before concluding my Bachelor's degree in Computer Engineering. This opportunity came as an internship, after concluding a professional training course in the area of Programming, Web Design and Multimedia.

In 2003 I started working in the Computer Support Office of the Presidency of the School of Engineering of the University of Minho, where, for 4 years, I had the opportunity to evolve a lot as a professional and, at the same time, finish my Degree in Computer Engineering.

Later, in 2007, I was transferred to the Social Services of the University of Minho (SASUM), and in 2014 I was appointed Head of the Information Systems Division.

During this period, until the end of 2021, I assumed several functions, with special emphasis on the planning and implementation of technological and administrative modernisation projects, management of the technological infrastructure, and coordination of the human resources allocated to the Division.

Under the consortium UNorte.pt, formed by the University of Minho, the University of Porto and the University of Trás-os-Montes e Alto Douro, I was Manager of several digital transformation projects funded by the Support System for Administrative Modernization (SAMA), namely: "EGO-SAS - Excellence in Operational Management in Higher Education Social Welfare Services in Portugal" and "CO3+ - Digital Transformation in the SAS of UNorte.pt", whose overall amount, in the 3 institutions, amounted to 3 million euros.

In 2018 I was appointed team leader for the implementation and monitoring of the General Regulation on Data Protection (RGPD) in SASUM.

Still within the context of projects that promote organizational excellence and continuous improvement, I had the opportunity to lead the project that allowed SASUM to obtain the recognition of the Portuguese Association for Quality (APQ) with the seal "Committed to Excellence by EFQM (European Foundation for Quality Management)" and the recognition of the Directorate General of Administration and Public Employment (DGAEP) with the stamp "Effective CAF User".

I also had the opportunity to be part of the Organising Committee, as Vice-President for Information and Communication Systems, in almost a dozen international sports events organised by the University of Minho, in the cities of Braga and Guimarães.

2. You work at the Development and Cohesion Agency. What is your role and what does the organization actually do?

Currently, although I still belong to the SASUM staff, I am a mobile member of the AD&C Digital Unit.

My function is to manage digital transformation projects with National impact, namely, projects related to information systems that will support the submission and monitoring of applications for the next Community Support Framework - PT2030.

At this moment, I am also monitoring the development of a web platform of National level, which will be presented soon, and which will aggregate, systematise and disseminate the benefits provided in each municipality in the country, to employers and families, in a joint project between AD&C and the Ministry of Territorial Cohesion.

3. You were very much connected to the IT Department of the University of Minho. How has this experience contributed to your current position and to your technical knowledge?

The professional experience acquired during my career at the University of Minho was fundamental for the functions that I currently perform at AD&C, particularly the work developed within the UNorte.pt consortium. However, the area of operation of the two organisations is very disparate and requires an adaptation to AD&C's business area related to the management of European funds, which is very comprehensive and complex.

4. Do you believe that the technological area is growing?

Yes, technology has entered our lives in all aspects, so it is inevitable that companies and institutions look at this area from a structural perspective of their business.

An evidence of this growth is the fact that, of the 4,263 companies that were created in January 2022, the information and communication technologies sector was the only one in which the number of new companies grew compared to the numbers in January two years ago, before the COVID-19 pandemic. This is just one figure that shows the huge vitality of this sector.

Also in the latest International Data Corporation (IDC) reports, recently released, data are revealed that demonstrate the growing trend in the technological area. Among them I can highlight the fact that more than 50% of GDP is already influenced by digital.

In addition, it was verified, for the first time in history, an inverse correlation between the growth of the information technology (IT) sector and the economy, that is, in 2020 the IT market grew about 3% worldwide, despite the drop of almost 5% of GDP. In Portugal, where the fall in GDP was greater, almost 10%, the IT market grew by close to 2%.

In the Public Sector there is also evidence of the centrality that the technological area has nowadays. One of them is the fact that the Government has included in its programme the Digital Transition as one of the four strategic challenges for the next four years, to which the country needs to respond, along with the climate emergency, the response to the demographic challenge and the fight against inequalities.

In conclusion, I believe that the world is, and will be more and more, deeply technological and that not even the period of great instability that we are currently experiencing, (with a war going on in Europe, and the rise in the inflation rate to levels much higher than expected), will put this growth in jeopardy.

5. You have always been connected to the IT area and, therefore, to technology. Are you passionate about it? In what way?

Yes, I've always been connected to the computer area and my first contact with technology was at the end of the 80's, still a teenager, when my parents gave me a Sinclair ZX SPECTRUM 128k, already with an integrated tape drive, which, for that time, meant a great evolution. It was then that I wrote my first lines of code in the basic programming language.

Since then, I have always aimed to have a career path associated with the technology area. I am a fervent enthusiast for technology, innovation, digital transformation, administrative modernization, process simplification, and everything that is directly or indirectly associated. However, I am also interested in issues related to the impact that these transformations have on the ecosystems where they are applied and on society in general, in broader contexts. 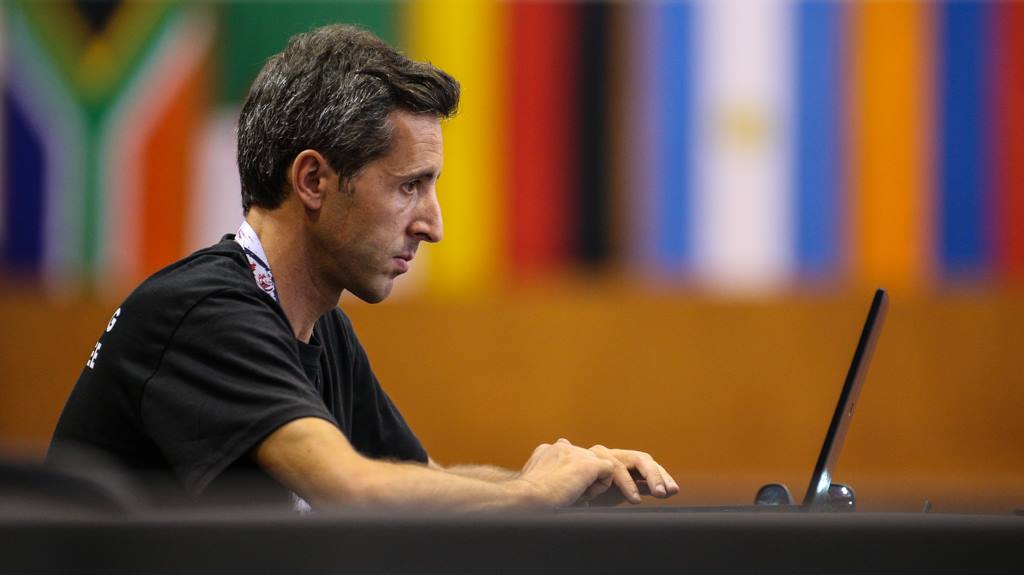 6. Building better relationships with the people around us can be a very productive goal within organizations in order to leverage a team's potential. What would be your best advice for achieving this goal?

In my opinion, this will be the biggest challenge that organizations will have in the future, particularly those in the technological area. Considering the expected shortage of professionals in the future and the adoption of new working models (remote, hybrid) in a globalised market, it will be increasingly difficult to retain talent or create an organisational culture that stimulates and enhances team spirit in organisations.

The greatest wealth of organisations is their human capital, so better related, motivated and committed teams will be a determining factor for success and for maintaining high levels of productivity.

For this to happen, it will be fundamental that there are truly inspiring leaders, who guide teams in a positive way, who have the ability to communicate assertively, who can transform difficulties and challenges that seem unattainable into successes, highlighting the importance of a constructive attitude in favour of collective interests, and where the focus is on solutions and not on problems.

Modern organisations should increasingly focus on interpersonal relationships, and it is in this context that recruitment assumes a fundamental role in the success of an organisation. It is no longer enough to hire good professionals, technically competent, specialists in a certain area, it is also necessary to hire people with good behavioural skills, who are able to build a good team, to feel the organisation and transmit positive energy.

The world wants you to use technology, but in the end it's all about people. The more technological, the more relevant the human factor is.

7. Being PARTTEAM & OEMKIOSKS a company that has the possibility of producing digital billboards, multimedia kiosks and other technological solutions, what relevance does digital have, in your opinion, nowadays?

Digital transformation, innovation and efficiency are determining factors for companies to be more competitive and grow in a structured way, in a context where competition is increasingly aggressive and global.

The ability that organisations have to make the transition to digital will determine who remains in the market and who will not be able to do so.

8. What projects do you have in mind for the future?

I am currently applying for a Master's degree at the University of Minho. I believe, therefore, that in the next 2 years I will be dedicating some of my time to the consolidation of knowledge and skills in the areas of Public Management and Public Policies, as a complement to my initial technologically based training.

I also have as a short term goal to obtain the Scrum Master professional certification and develop a study related to the protection of personal data, digital privacy and the impacts of cybercrime for organisations and citizens. It was a theme in which I invested much of my time in recent years, after being appointed team leader for the implementation and monitoring of the RGPD in SASUM, and which I particularly enjoyed.

On a professional level, at the moment, I am fully focused on giving my contribution so that AD&C can implement the ambitious "Operational Programme for Digital (#POD)" that it has set as an objective until 2024. I feel a huge stimulation to be able to contribute to AD&C continuing to be in Europe a reference in the coordination of funds, as well as to the achievement of the digital transformation in the new AD&C 2030. Considering, however, that I am on mobility until the end of 2022, I hope, until the end of this period, to obtain more information about the organisational context and future prospects, both at AD&C and at SASUM, to be more certain about the decision I will have to take about my future.

Regarding personal well-being, also very important, I hope to have the conditions to continue practicing Bodyboard, the sport I fell in love with more than 30 years ago, which gives me the balance between physical, mental and emotional health, fundamental to face my daily life in a more positive way. 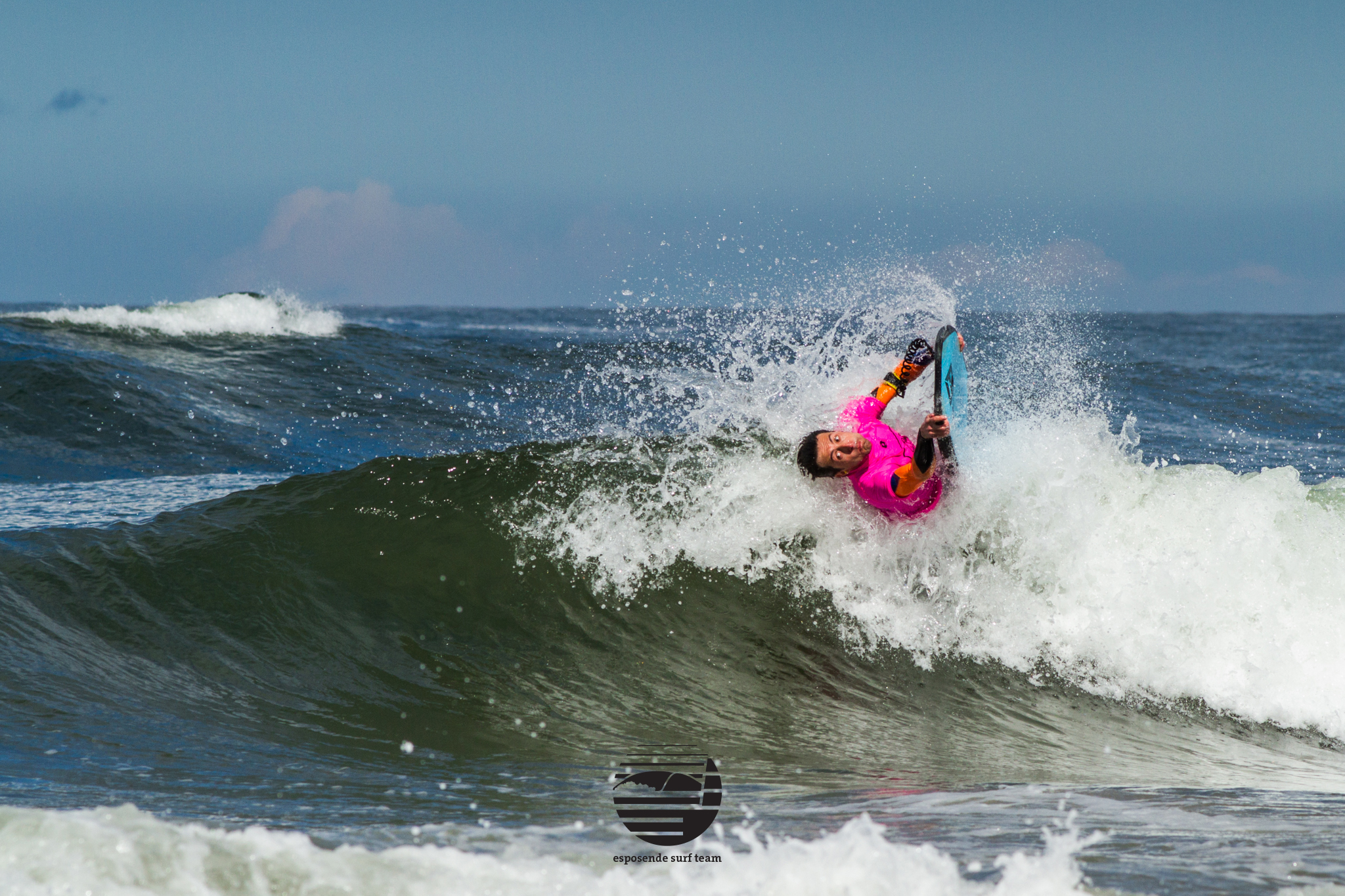