Associação Empresarial do Minho (AEMinho), led by Ricardo Costa, CEO of the Bernardo da Costa Group, has the Vice-Presidency of the CEO of the company PARTTEAM & OEMKIOSKS.


Miguel Soares is, thus, one of the elected Vice-Presidents, in this case in the Technology area.


This association has its headquarters at Instituto Politécnico do Cávado e Ave (IPCA), in Barcelos, Braga district, and its aim is to increase the entrepreneurial initiative, which is fundamental for the economic, cultural and social development of Minho.


Among the key current issues for entrepreneurs are the digital transition, the energy transition, the circular economy, attracting and requalifying talent and support for companies, more specifically with regard to internationalization and exportation.


Miguel Soares understands the creation of AEMinho as a way to stimulate business, industrial, environmental and even cultural clusters. 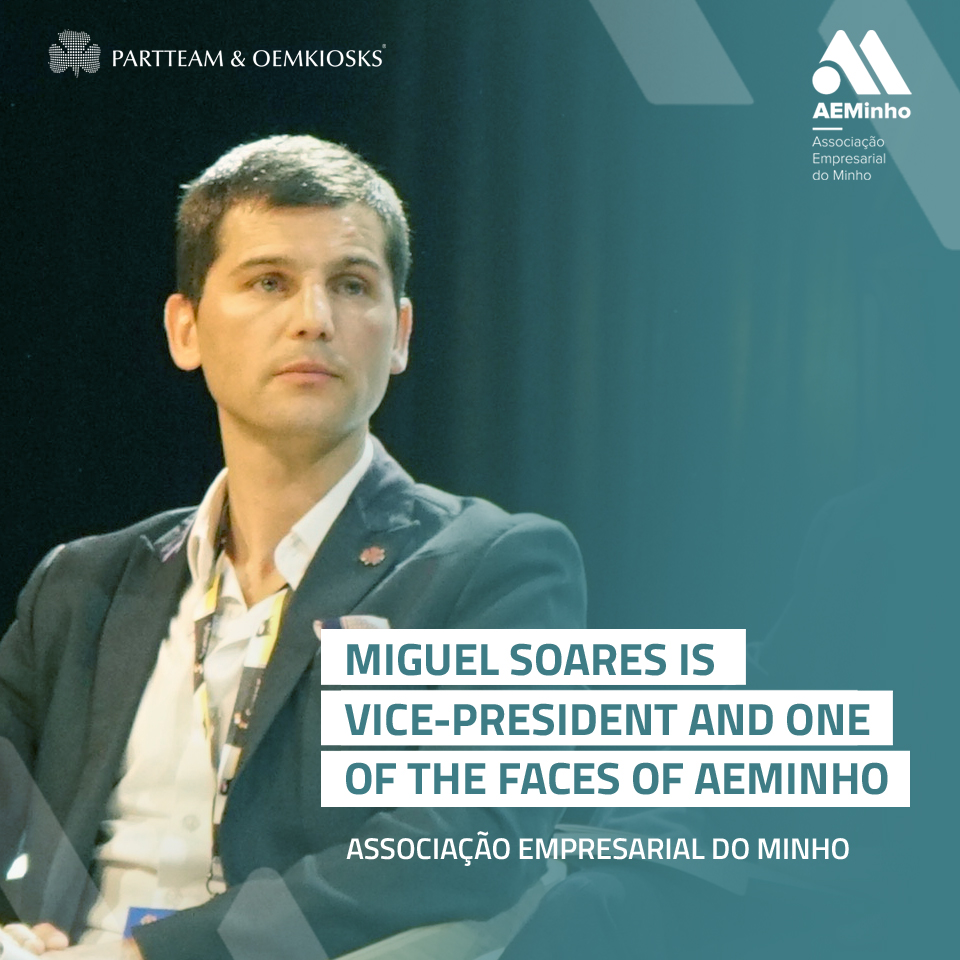 So, the CEO of PARTTEAM & OEMKIOSKS considers that what is intended with this association is, “above all, 'bringing the country to this region', decentralizing decisions and incentives; motivating companies and all entrepreneurs to follow a path of innovation, social and business cohesion; encouraging and supporting companies and Municipalities to become better places to live and bringing to the table issues such as circular economy, mobility, health cities, sustainability, territorial cohesion”.


Basically, Miguel Soares says that the idea is to “create a more and more self-sustainable region, which can be the driving force behind business, industrial, environmental and cultural clusters of enormous elevation and wealth”.


The association of Braga has more than 75 companies formally enrolled and more than 200 companies that have shown interest in joining in the near future.


Miguel Soares, representing PARTTEAM & OEMKIOSKS, is proud to be one of the vice-presidents of Associação Empresarial do Minho (AEMinho) and to be able to continue to contribute to the development of the business market.