The iconic telephone booth, which once dominated the main streets and avenues around the world, now seems to have its days ticking.


His firstborn, as we know it, was inaugurated at Potsdamer Platz in Berlin in 1881.


At the time, it was based on the issuance of paper tickets that guaranteed certain minutes in line. Shortly thereafter it evolved into the currency system that has been perpetuated to this day.


Its format is recognized internationally and in several cases a landmark of the culture of each country.


These booths, originally designated Kiosk K6 or Jubilee Kiosk were then adopted by the public communications company National in Portugal, meanwhile acquired by Altice. 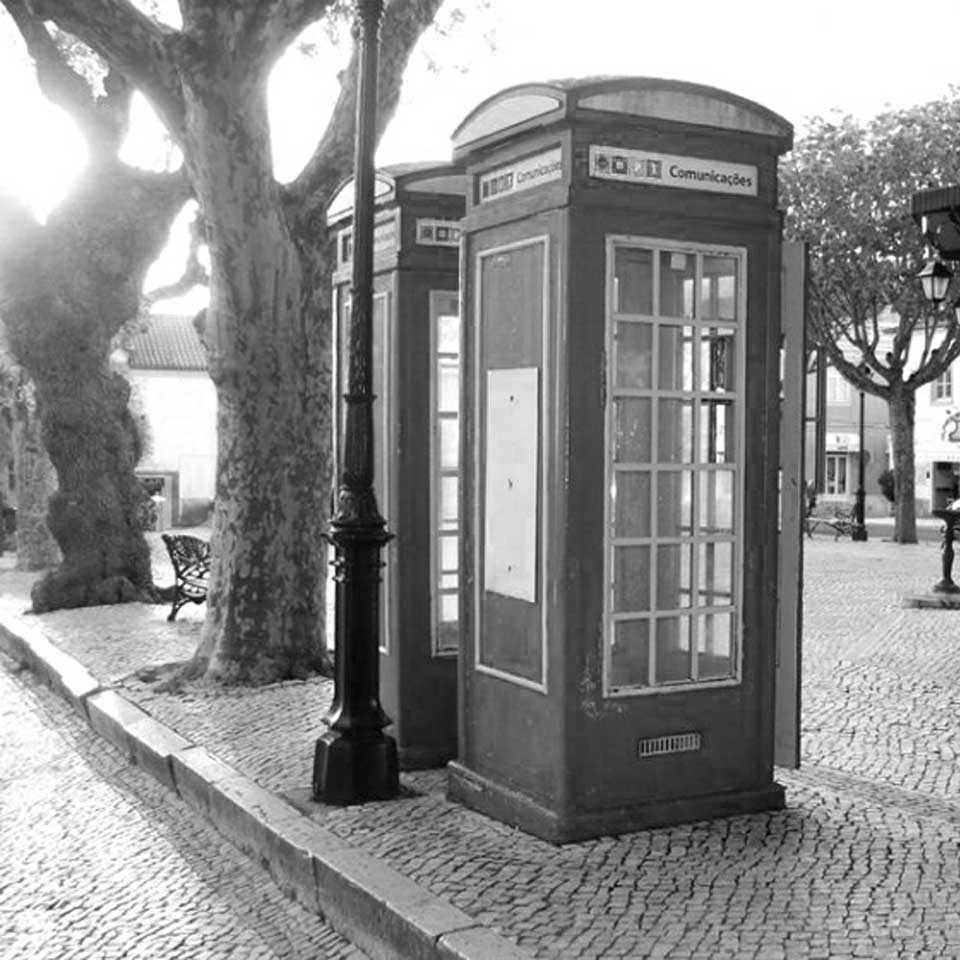 The British case is probably the most remarkable, the unequaled red cabin was designed by Giles Gilbert Scott, in which curiously its initial design would be of silver exterior and greenish interior, altered later by the Post Office to the red tone as we know it.


Bypassing the urban architecture, we can verify its protagonism extended to fiction in the traditional British series Doctor Who, arisen in 1963 until the present day, in which its protagonist is a time lord, who travels in an alien spacecraft camouflaged of telephone booth, capable of traveling in the time-space dimensions.


Curious metaphor that represents the evolution of this equipment, which seems to have traveled in time, with technologies that would once have been judged from other worlds.


At the moment the iconic telephone booth London, has been painted of green and fed to solar, for the load of movable equipment.


Progress is unstoppable, and it is probably still too early to bid farewell to this unmistakable symbol of our culture. 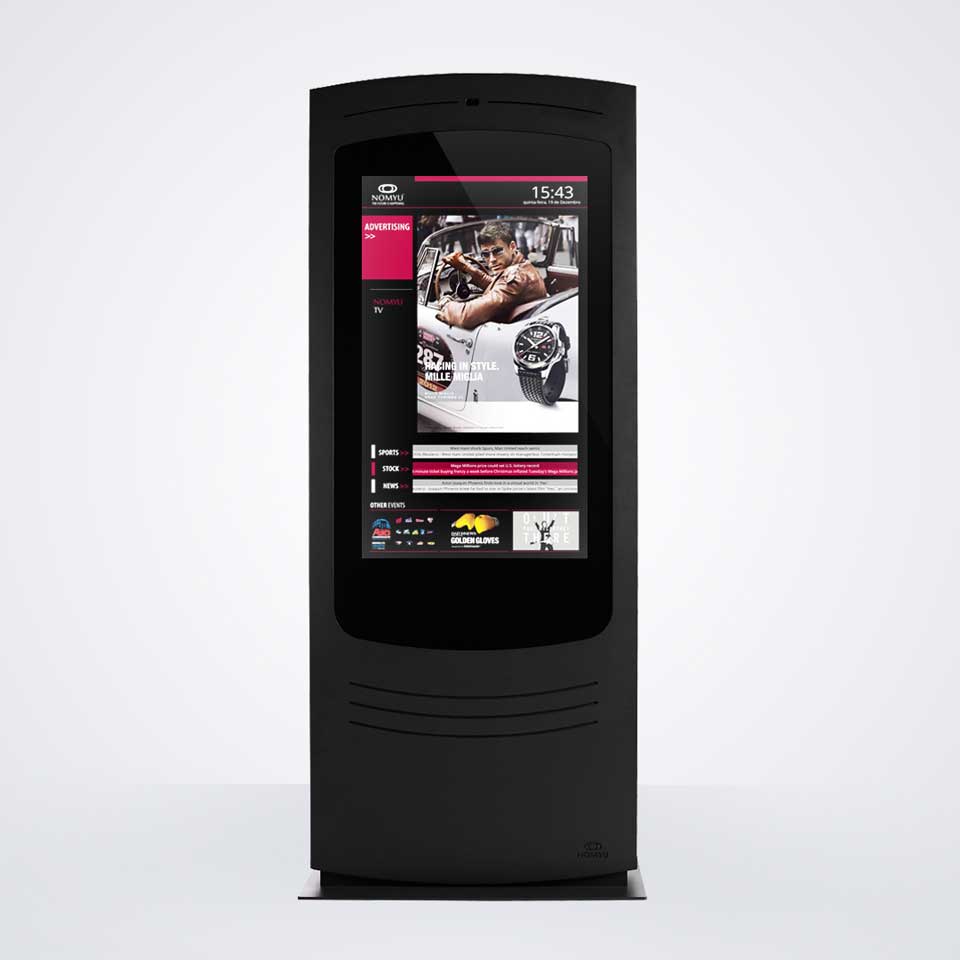 PARTTEAM & OEMKIOSKS, recognizing the vital practical and cultural importance of the telephone booth, has redesigned it into a modern and technological solution that satisfies the current needs of smart cities.


The combination of traditional needs combined with the most contemporary, results in the design of an innovative and revolutionary product, NOMYU CityLink.


PARTTEAM & OEMKIOSKS engineers and designers are better acquainted with the latest technological needs of urban areas as a means of transformation into smart cities, or even the demands of the more modern individual. Looking at all aspects, the result is a product that suppresses various needs of the modern city.


To begin the installation is simple and low cost, considering that they would be implemented in the same location of the old telephone booths, already containing the respective electrical connections necessary for its full operation.


On the other hand, and because it is an innovative product that respects the principles of greener and more ecological cities, solar panels can be integrated at the top of the digital kiosk, capable of fueling its energy demand in a sustainable and environmentally friendly way. 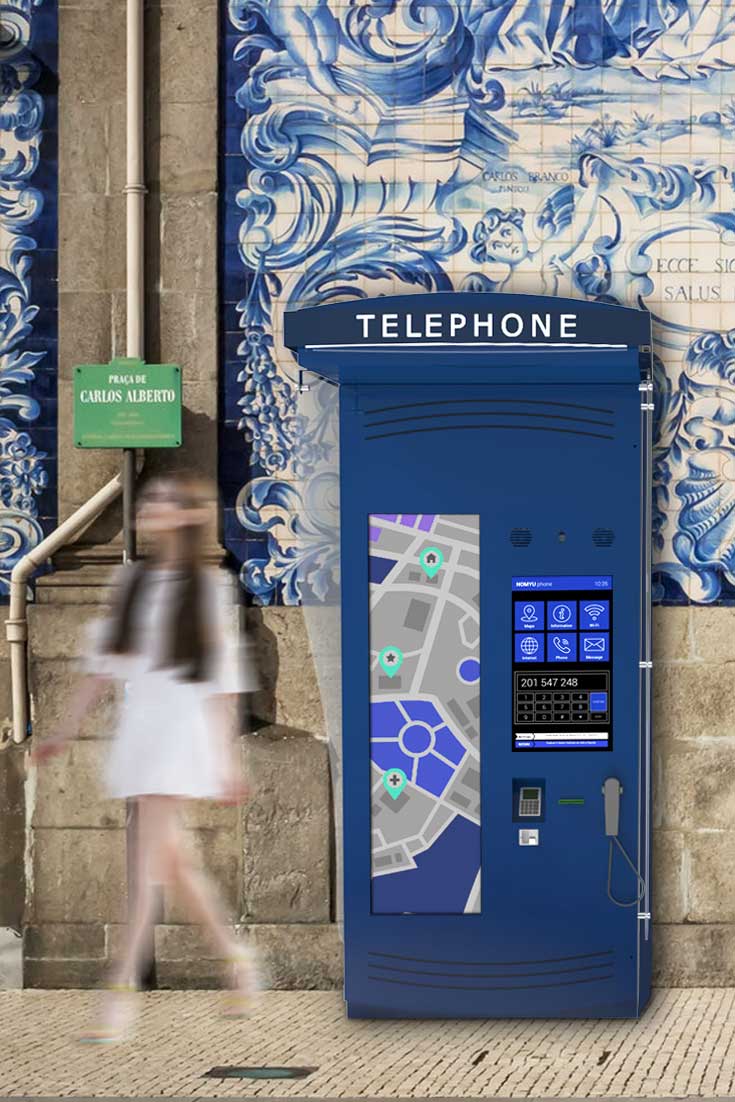 In terms of their functionalities and advantages, they are in fact numerous and can be customized to each context and local need, benefiting residents, tourists, the municipality and even the promoters.


This telephone booth is much more than that, as it is complemented with internet access, interactive displays and advertising.


It is therefore an information and telecommunications terminal, integrated into an advertising mupi. This may be very timely in terms of the financial return on investment, making it in the short term a really profitable element, unlike typical telephone booths.


This multimedia kiosk / digital mupi / telephone booth can be equipped with: 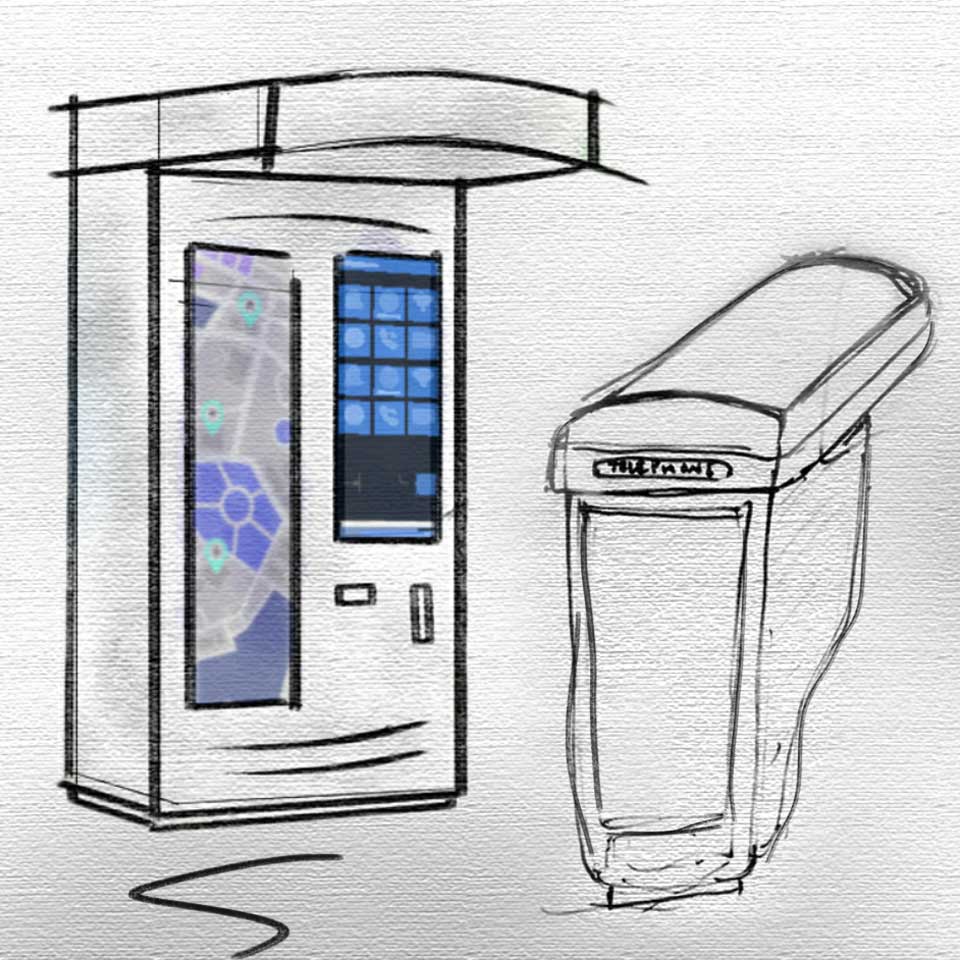 Other features that make PARTTEAM & OEMKIOSKS digital muppets tools with functionality and interactivity:


In addition to the components and features mentioned, the software can also provide news, weather, games and entertainment, traffic information, information and purchase of public transport tickets, among many other features.


All this can be managed remotely, controlling various equipment simultaneously and collecting statistical information about its use and what users really seek, developing the community and adapting the city to their real needs, making it more intelligent and at a pace of the future. 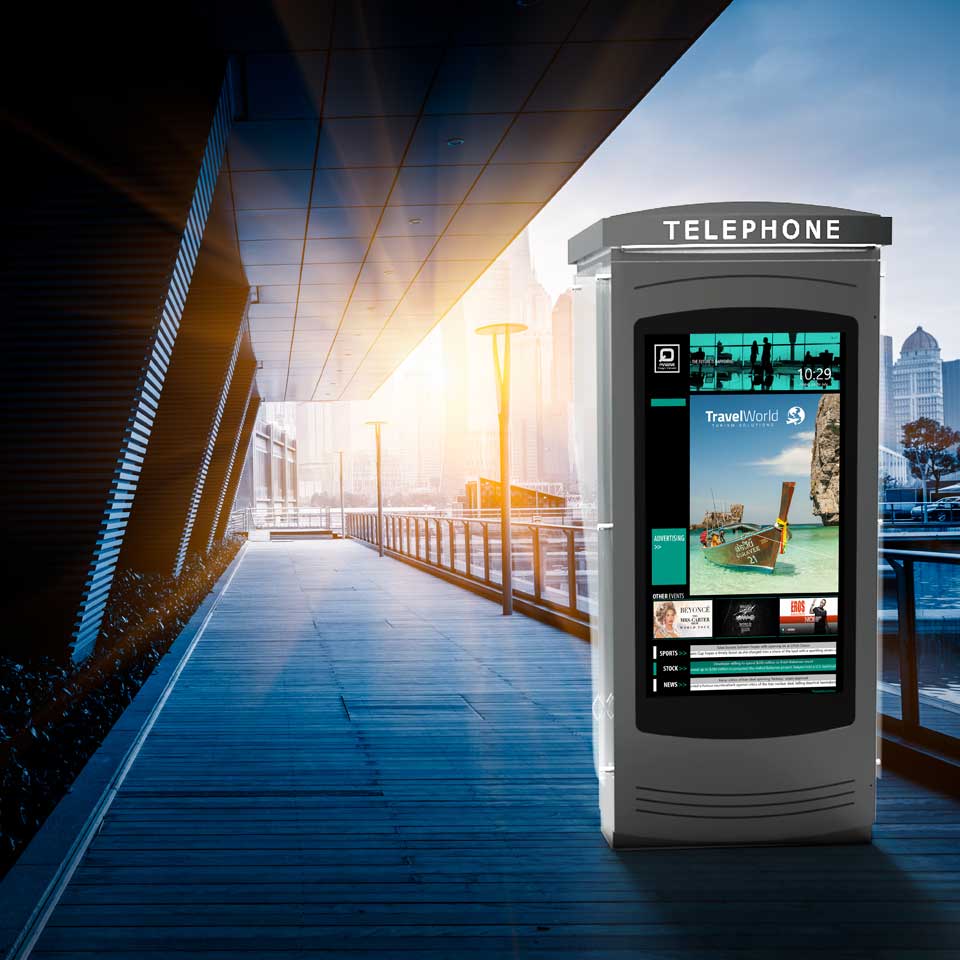 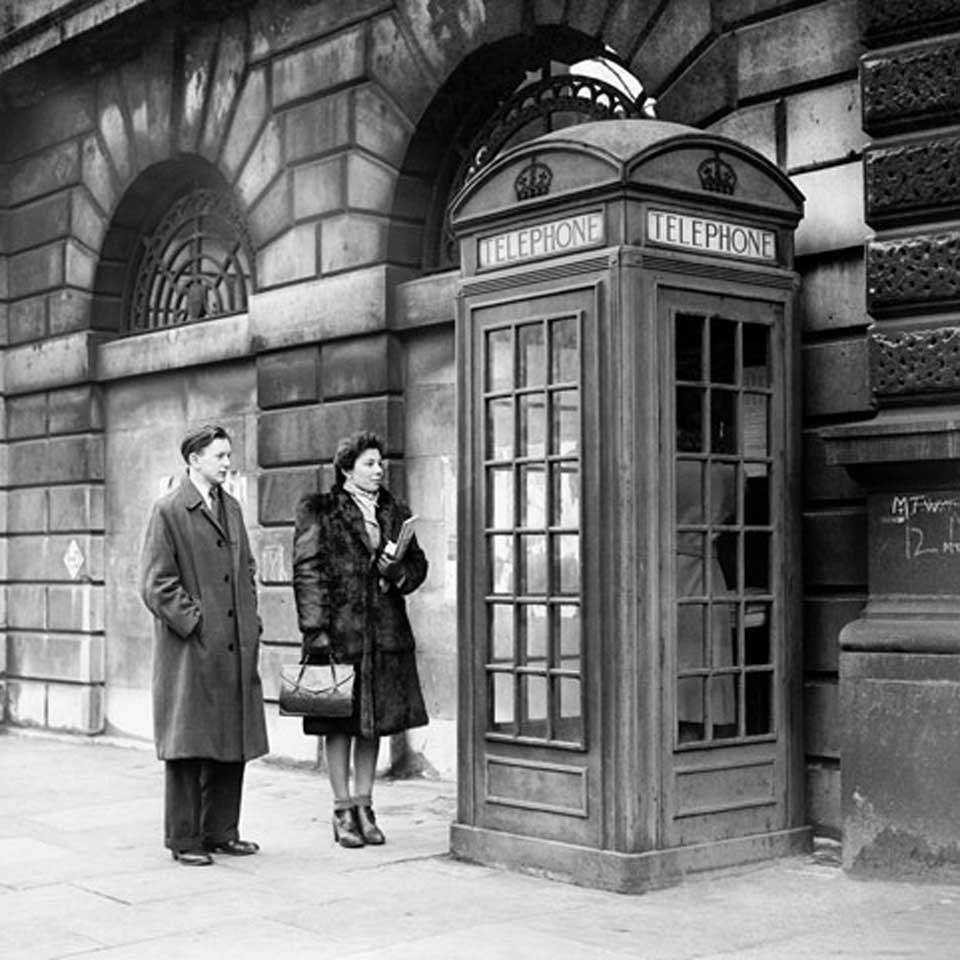 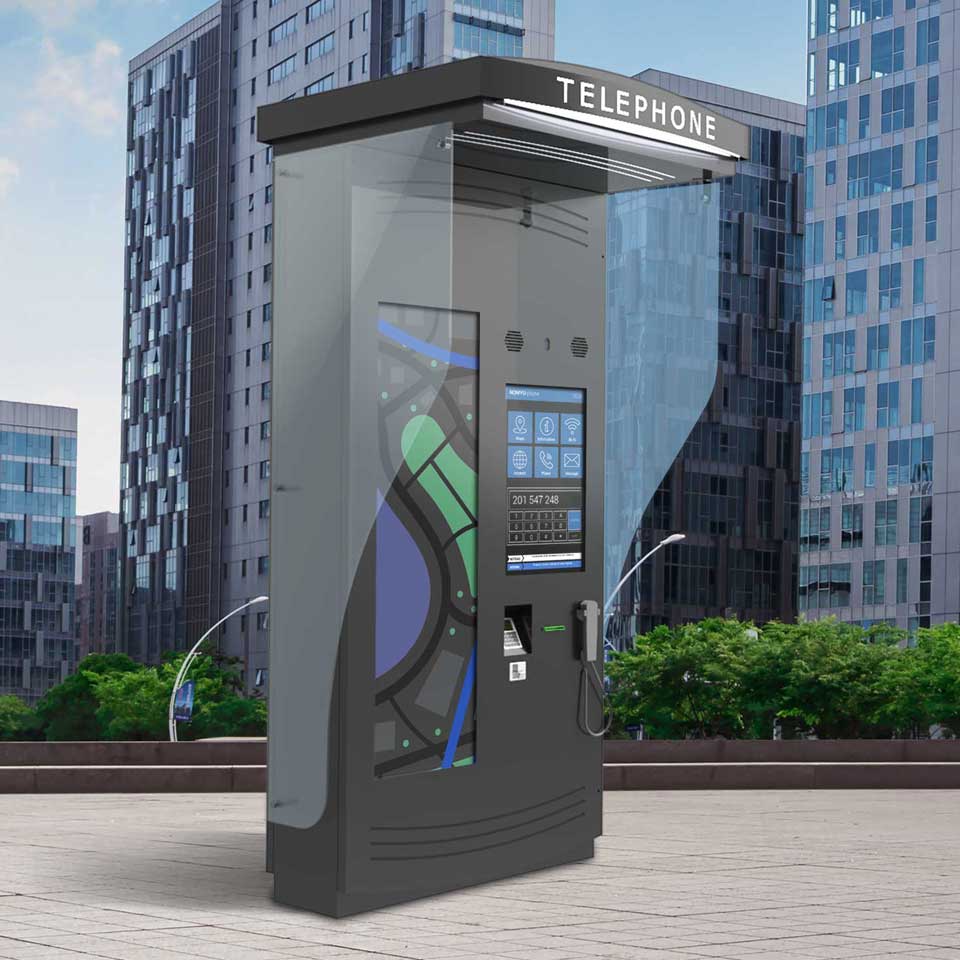 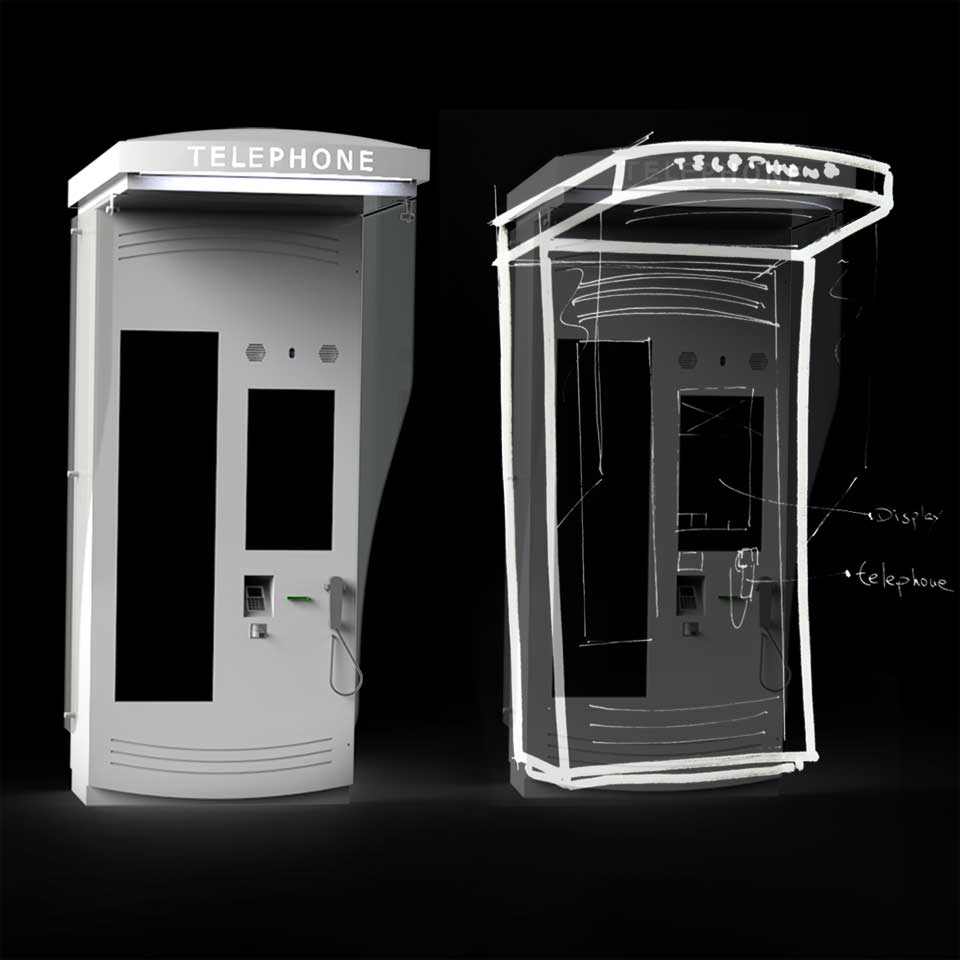