PARTTEAM & OEMKIOSKS, through an important international partner, has developed and produced several units of PLASMV digital billboard for road emergency, located in the Fréjus road tunnel.


In 2004, a European directive was issued requiring all tunnels in the trans-European network to be equipped with safety systems. This led to the decision to build several emergency galleries in the Fréjus road tunnel, which connects France and Italy.


Installed inside the emergency tunnel galleries, the PLASMV digital billboard allows to call for roadside assistance when an accident or fire happens. Simple, functional and with impact to immediately call attention in case of need.


The PLASMV digital billboard contains an SOS button that automatically makes an emergency call when pressed. In addition, the call can also be directed to a specialist who offers psychological support for the management of anxiety and nervousness, indicating the steps to follow in this case.


"An appropriate level of safety in tunnels, comparable to the level of open roads, can be achieved through a structured and integrated approach to the design and operation of tunnels, focusing on preventing serious incidents and reducing consequences by encouraging and facilitating self-help in the first instance and subsequent effective intervention by the emergency services".

PARTTEAM & OEMKIOSKS recognises that tunnel safety issues are becoming increasingly important and is proud to contribute to their innovation through its technological solutions. 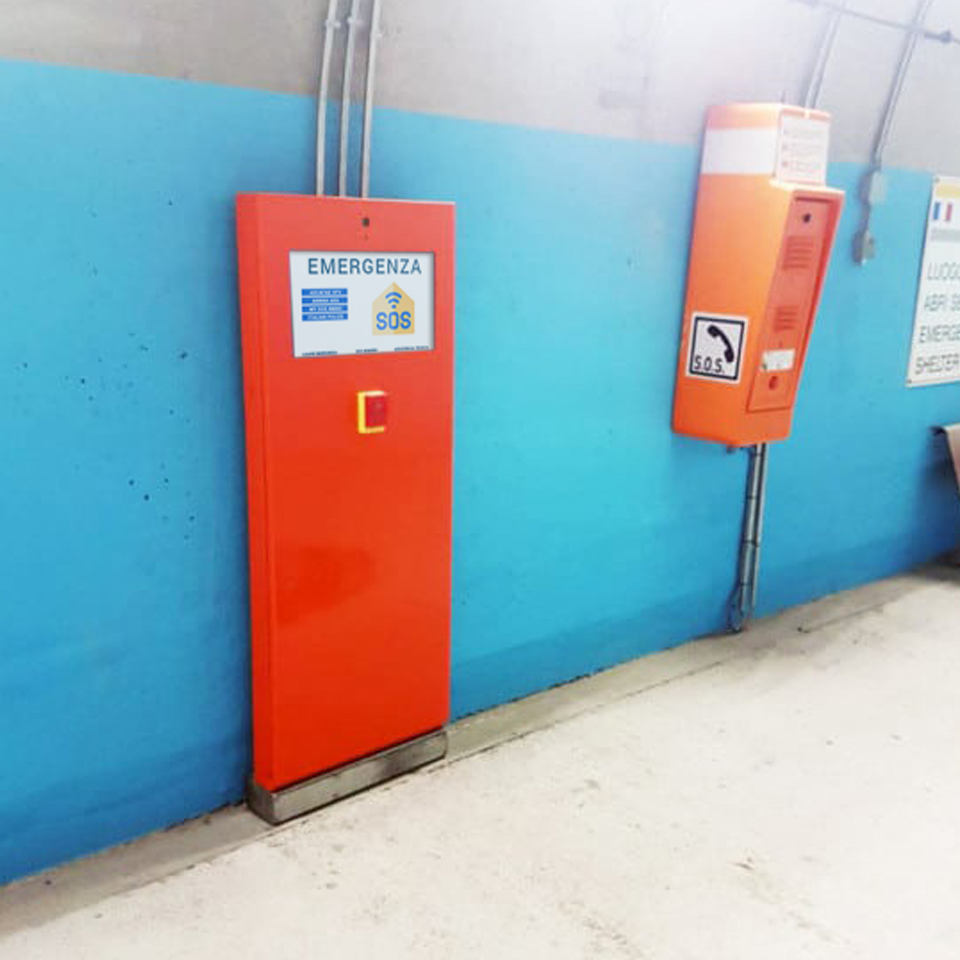 Know all our solutions for the industry sector